a new poem by Stephen James Smith with film direction by Craig Kenny and featuring Conor O'Brien on trumpet
and Gareth Quinn Redmond on piano. 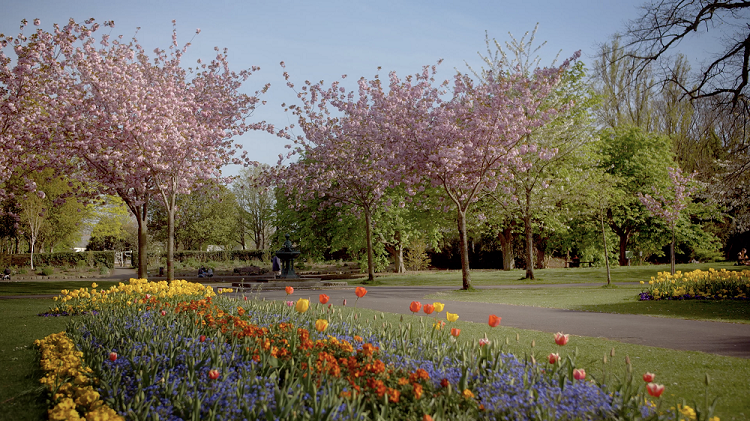 ‘Collectively Counting’ is a new poem by Stephen James Smith and film by Craig Kenny brought to you in collaboration with First Fortnight. The poem and stunning video highlight the need for cohesion and solidarity at this time of disruption.

Poet Stephen James Smith has teamed up with First Fortnight and written a poem to mark the particular disruption in the nations mental health that Covid 19 has created.  Collectively Counting is a call for us all to pause for a moment and count together the many questions and wanderings that this time has brought to us.

Craig Kenny had the following to say regarding the work and the process:
“I started this project as a way to focus my creative mind during this time, it was my form of meditation.  Capturing the empty streets of Dublin gave me purpose while all of my work was on hold.  I’d been a fan of Stephen’s work for quite a while and knew his words could really help bring the footage to life.  I’m incredibly proud of the film and think it’s a testament to true creative collaboration.”

Poet Stephen James Smith: ‘As Seamus Heaney said; “I can't think of a case where poems changed the world, but what they do is they change people's understanding of what's going on in the world". Right now, there's so much uncertainly and it's the poet’s responsibility to ask questions, even if they remain unanswered, it can help us to try and find meaning in the eye of a storm. This is my attempt at finding some meaning.’

‘Collectively Counting’ is presented by First Fortnight with the support of the HSE National Office of Suicide Prevention (NOSP), as part of Connecting for Life, Ireland's Strategy to Reduce Suicide.

‘Collectively Counting’ is collaboration between Craig Kenny, Stephen James Smith and First Fortnight.  First Fortnight is a charity that challenges mental health prejudice through arts and cultural action. This January hopes to produce its 10th Mental Health Arts Festival. The organization thinks that this year’s festival, albeit, some months away will be its most significant. Speaking about the importance of art and creativity in times of national distress, David Keegan, First Fortnight CEO said, “…right now we need to stay apart but in the future, we must reach out more than we did before.”

First Fortnight was keen to get this work out now despite it being many months until their usual festival time in January. “How we are organized as a society affects our mental health in positive and negative ways. Right now, we are disrupted and the consequence of that disruption is we are separated from each other. We wanted to create a moment for us all to come together to pause and reflect; Stephen’s poem gives us an opportunity to take that moment.”

First Fortnight and its Mental Health Arts Festival are supported by the HSE’s National Office for Suicide Prevention.  John Meehan (Head of NOSP) said, “We are very proud to support the work of First Fortnight in addressing mental health stigma through creative arts. As every one of us is making our own personal journey through the coronavirus pandemic, Collectively Counting has given us a welcome pause for thought. It beautifully captures this shared experience and reminds us of the cohesion and compassion that will ultimately protect our mental health during these times”.

Other Articles in News

Are you interested in volunteering with the First Fortnight festival?

We are currently looking for volunteers for the upcoming First Fortnight festival which will be taking place from the 2nd to the 16th of January 2022!

Maria Fleming, CEO of First Fortnight and Maureen Kennelly, Director of the Arts Council in conversation at launch for Festival 2022.