Lisa Loughrey is a Kildare singer songwriter, formerly a member of six-piece alt-folk outfit The Mariannes, whose solo project has taken flight with an EP, Plans and Schemes, launching in the Vintage Room of the Workman’s Club tonight, Friday, July 13th.

Lisa’s debut single, Coming Up, released last year, harks back to confessional Seventies folk artists as well as more traditional influences and has earned her the tag folk-noir. The multi-instrumentalist has a rake of shows coming up in The Secret Garden and The Róisín Dubh in Galway, Feile Beag in Thurles, the Duncairn in Belfast and also a couple of hometown gigs in Celbridge towards the autumn. Hard at work in the studio, album number one is set for release early next year.

First Fortnight caught up with Lisa for our FiveOnFriday questionnaire and found out how her work as a special needs assistant has intertwined with her musical career. Plus she gives us some classic mood-lifting song choices…

Q1. You went from being in a band The Mariannes to going solo…What can you tell us about making that step? And your current collaborators?

I had been job-sharing for a couple of years and was about to return to full-time work. I knew that the level of time and commitment needed to keep a six-piece band going was going to be very difficult then, as I had already begun some projects in a solo capacity and was really enjoying that too.

It’s tricky to find the time to balance rehearsals, recording, gigs etc. but it’s especially difficult when there’s five or six people involved full-time and obviously everyone has their own life too. That’s before you even begin to factor in the time it takes to sit down and write songs in the first place.

Departing the band was a difficult step for me because I really enjoyed playing with The Mariannes and that set-up was my first experience of writing and performing. But there’s a level of freedom around song writing, admin duties, and planning now, and I think I needed that in order to be able to keep playing music and work full-time.

I’m very fortunate to still have some amazing musicians who contribute to the songs though – Damien McMahon (upright bass), John Linnane (banjo, guitar) and Lucie Azconaga (fiddle, accordion). All these guys play with a number of other bands too, so I know I’m lucky to be exploiting their talent when I can. They also all performed on my most recent EP and contributed hugely to the sound of the songs there.

Q2. Tell us about your new release, Plans and Schemes –  is there a theme running through the songs on the EP?

The lead track, called “Where Did September Go”, is kind of about just letting time pass you by and not meeting your goals. I suppose it’s about making grand “plans and schemes” (mostly related to musical endeavours in my case!) and not seeing them through. I think there’s also a sense of impending doom attached to this track about the feeling of getting older – so I guess you could say that’s an appropriate thematic backdrop for the EP!

Overall though, I really just wanted to record a small number of tracks, keep things simple and get something out there, into the ether, to try gather some momentum going into summer. I went to Chris Barry at Ailfionn Recording Studio with the ideas I had and am delighted with the job everyone did.

Q3. You have a background studying mental health and working with young people, how does this  inform and intertwine with your musical career?

I’ve worked as a Special Needs Assistant for about fifteen years now. I’ve done little musical projects and taken small groups for musical activities before and it’s always great to incorporate music into a work day. Most young people respond really well to music as part of the curriculum and enjoy being involved.

I have an interest in youth mental health generally and I did some postgraduate studies in the area. I think that creating and playing music in any capacity has the potential to act as a therapeutic tool and as an important outlet for young people’s energies. Relatively speaking, I suppose I was a lot older than most of the people I play music with now when I first started writing and playing myself and I probably regret not jumping in a bit earlier. I think children should be encouraged and enabled to play music and to express themselves creatively as often as possible from a young age.

For this new EP, a colleague of mine suggested that I ask a Junior Certificate student to paint something for the sleeve and it turned out beautifully. It was probably the most hassle-free part of making it! I’m also really pleased that two of the main preoccupations in my life (school and music) are both represented on this piece of work now. 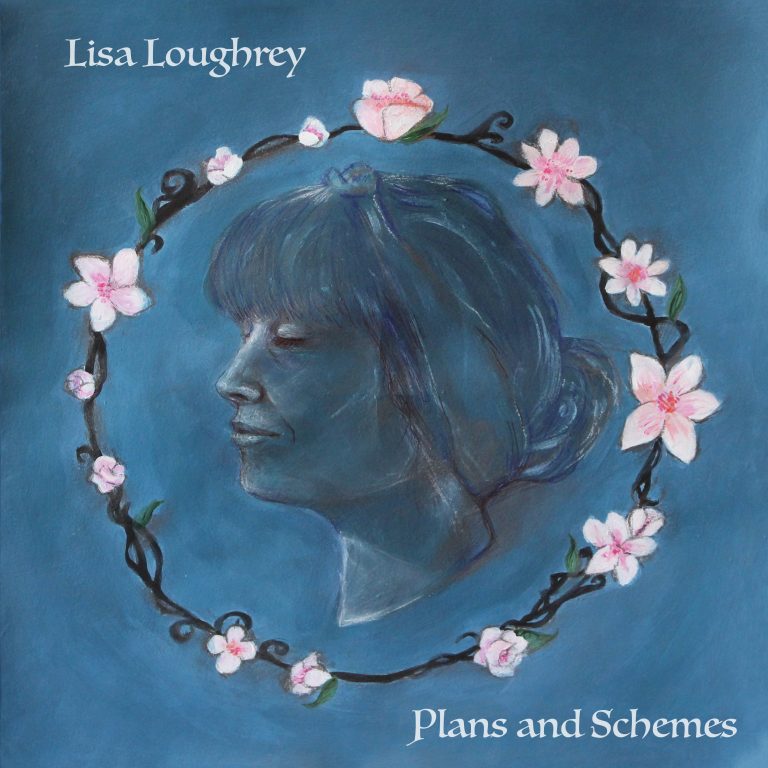 Q4. This country has always had a strong indie-folk scene but that doesn’t necessarily translate to commercial success – do you feel its easy to make artistic connections and find places to play gigs etc or are you finding it a fairly difficult path? What advice would you give to fellow artists?

I suppose it’s easy to get bogged down in the bad stuff. Admittedly of course, there are times when you question why you bother doing all the work and spending all the money required to keep putting music out there when it might feel like you’re not getting very much in return. Financially, making and advertising your music can be a huge burden for musicians.

Naturally, like a lot of other artists, I’d love to be getting radio play every day and securing the best paid gigs and the best festival slots, but the unfortunate reality is – sometimes those things happen for people and more times they do not. There are so many facets involved in “commercial” success that very often it’s not simply about how hardworking or even how talented you are. Overall this year on a personal level though, I’ve been very happy with the projects I’ve done and the gigs I’ve gotten and hopefully that will continue.

I think it’s important that people have a healthy and realistic understanding of why they play music and why they started playing in the first place. Most of the time, I feel very lucky to be doing what I do. If and when I do get bogged down in the shenanigans (and that’s inevitable in any industry), I try to remind myself that I’ve made wonderful friends on the music scene and have met amazing musicians who have been open to lending their time and talents to play with me (and I find that extremely flattering), I’ve shared stages with acts that I used to sit at home and listen to a just a few short years ago, and that playing live gigs gives people an opportunity to come together, socialise, relax and enjoy a night out. Those things are usually enough to keep me motivated!

Q5. Share three songs that you tend to turn to when you’re in need of an emotional lift?

Hmmm. Tricky question! Such a vast array, but I’m going to go with some classics, plain and simple:

Elvis Presley – If I can dream

Lisa launches her EP launch party in the Vintage Room of Dublin’s Workman’s Club tonight, Friday 13th July, followed by gigs in The Secret Garden and The Róisín Dubh in Galway, Feile Beag in Thurles, a trip to the Duncairn in Belfast and also a couple of hometown gigs in Celbridge to look forward to in September too.

Other Articles in Five on Friday

Stephanie is a guest music curator for ‘Therapy Sessions’ which will take place in Cork on January 12th.

FiveOnFriday with The No Normal host Richie O Connell

The No Normal is a new Cork-based web chat show, and host Richie O Connell interviews people about their mental health and how it affects their career, creativity and life in general. Richie is him.

Rosie Carney has that rare gift of communicating both the bleakest pain and wondrous joy in simple human terms. The lyrics above, which form part of her recent track ‘Thousand’ recorded with Lisa H.