Marise Gaughan brings her show Drowning to the Fringe and its set to be one of the stand-outs of the festival. The topic alone stops you in your tracks. In 2014, Marise’s father killed himself. Her show takes us through how it set off a chain reaction in her life that began with her placement on an ISIS watch list in Amsterdam and ended with her sharing a psychiatric ward with Kanye West in LA.

Developed as part of the festival’s Fringe Lab, Marise explained how Drowning developed as she spoke to us ahead of the show’s run, starting with a preview performance on Monday night, September 17, in the Comedy Cellar, running until September 22.

Q1. How would you describe your humour and approach to writing and performing live?

I suppose it’s dark comedy. I hate saying that because it sounds like I am trying  so hard to be edgy, but I suppose that’s what it is.

Q2. Your show Drowning is inspired by your personal story of your father’s suicide and your own struggles with mental health. What was the process of writing the show – people will wonder if it was/is therapeutic on some level?

I think so yeah. I spent a lot of time thinking about things I had purposely not spent time thinking about – why did my dad do it? Was he always going to do it? Will I end up doing it?  So it pushed me to this place that I didn’t really want to go to – but when the intention is to then make it funny, it does make it quite a bit easier to process the painful and negative stuff, by trying to find the joke in it.

Q3. There’s a phrase you use in a piece you wrote for World Suicide Prevention Day about trying to “find reason in a thing that lacks it” – was that a driving force behind the show? Trying to make sense of things even if that’s not entirely possible?

The driving force behind the show initially was just that I thought I had lived this period of my life where very dark but interesting things had happened to me. I thought I could just make those stories funny, and that would be the show. And I would meet with my friend, and go over these stories, and I wanted him to help just make them funnier, and instead he would ask me these questions I had never thought of, and push these ideas I had, so that he forced me to think a lot deeper and more emotional about it all. 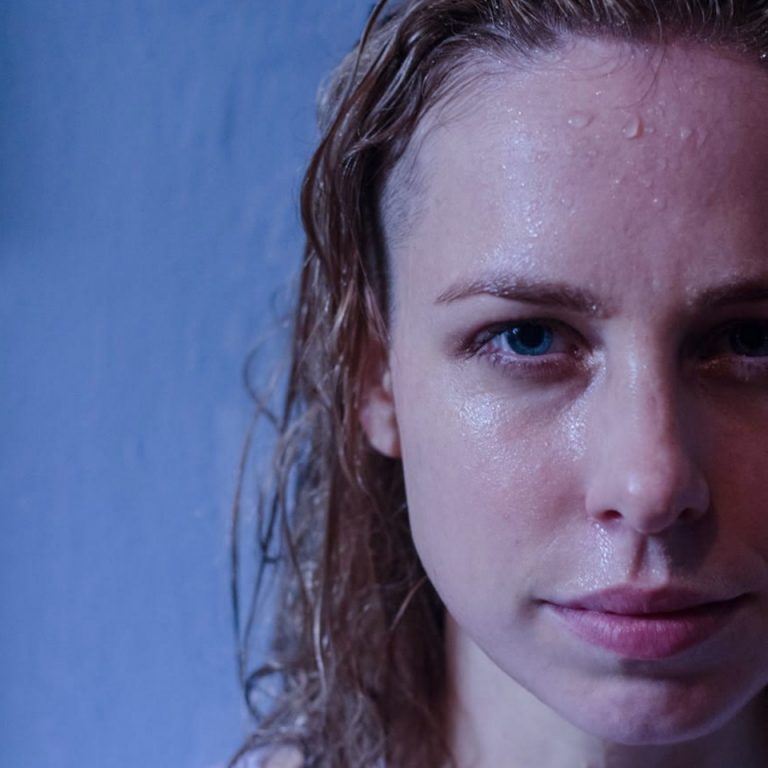 And he would say, don’t focus on funny. If it’s not funny, have it be interesting. So I tried to focus on that, and I’m quite proud of the narrative and the message in the show. I think it’s the most honest I’ve ever been, so I hope people respond to it. When I start writing the show I thought it was a story about my dad. It became a story about me though. So I think the show is less about finding a reason in why he did it, but more finding a reason in why I wanted to do it.

Q4. You’ve mentioned in your article about how attitudes to celebrities with mental health issues can be mocking. You talk in the show about Kanye West being a fellow patient, is this stigma something the show delves into much?

The line I wrote was we mourn Robin Williams but laugh at Sinead O’Connor. But they changed it to that general line instead. But the show doesn’t really go into that at all – the stigma or societal perception of mental illness. It’s very much my own perspective – what it’s like be the daughter of suicide, and to live with mental illness. I hope it’s a honest portrayal of that. Of what it’s like to be in it, and how annoying and relentless it can be.

Q5. How has the audience responded at previews? What have you learned about yourself in the process of performing?

Two people walked out of one. One girl cried during the London one, which made me realise, oh this isn’t a stand up show. In general it’s been very positive though, people have so far gotten what I’ve tried to do. I think a lot more people feel the way I have than I realised.

Drowning is in The Comedy Cellar from Monday, September 17 (preview), and Tuesday 18 to Saturday, September 22 @ 8pm. Buy tickets here

Other Articles in Comedy

RUTH Hunter is a comedian and contributor to the Headstuff site, where she Hunter-gathers (geddit?) fellow comics for friendly online chats. She hosts a regular stand-up night in the Workman’s Club.

Hannah Mamalis is a prolific comic, writer and performer who is very active on the comedy and theatre scene, as well as a regular at the Edinburgh Festival. Some of you will have caught her acclaim.