First Fortnight is committed to good governance and complies with the Governance Code for voluntary, charitable and community organisations in Ireland. We are a registered Irish charity and can be found on the Charities Regulator register of charities, our Registered Charity Number (RCN) is 20081492. CHY No. 20530

We confirm that a review of our organisation's compliance with the principles in the code was conducted. Our voluntary board of directors support and uphold the mission, values and objectives of the organisation, as outlined in our Board of Conduct policy attached below. The board meets regularly, especially in the run up to the festival. Below you can find all the relevant documents relating to our governance and our most recent annual report.

Please note we are currently updating our governance and policies in line with the new Charity Regulatory Authority's Governance Code. 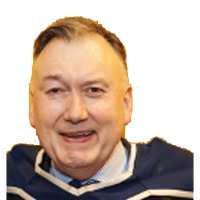 Before returning to Ireland in 2014, Jerry spent 25 year’s working abroad leading business Transformation initiatives holding Senior Finance roles for Credit Suisse First Boston (CSFB) Frankfurt, Bull HN in London and Sydney and National Savings & Investments (NS&I) in London. As well as being an accredited Life & Business Coach and Project Manager, Jerry has been a CPA (Certified Public Accountant) since 1987, holds an MSC in Financial Services from University College Dublin and a Master’s in Business Administration from the National College of Ireland. He is also a member of the Institute of Banking, MBA Association of Ireland, and the Association of Coaching UK (Irish Chapter). Jerry has sat on Not for Profit Boards in the UK and Ireland for the past 18 years. He currently lectures in the modules “Doing business in Global Markets” and "Corporate Governance & Ethics" at Dorset College Dublin and in "Project Management" at IBAT College Dublin. He is the Branch Accountant at the Irish Red Cross Head office in Dublin, currently sits on the Board of the Dublin Dance Festival (DDF) and on the committee of the Irish Chapter of the Association for Coaching. 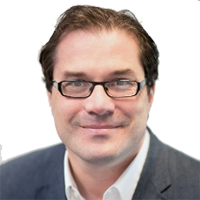 Alan is an innovation and investment professional, supporting the development of early stage tech startups and corporate interactions with the Irish ecosystem. He has spent 15 years helping Founders to develop their product-market fit, business, and investment strategies. Alan has been a founder and investor in several Angel/VC funded startups already. He also has a keen interest in social entrepreneurship and regional economic development, supporting social enterprise such as Mill Enterprise Centre, MyStreetsTours and Irish Forum for Natural Capital. 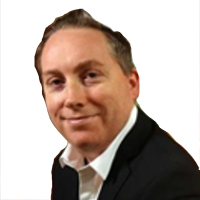 Steve has been a journalist, writer, and editor for nearly 20 years. His work has been published in a number of national and international publications, including Nylon, NME, The Irish Times, Irish Independent, The Sunday Times and RTE. He has held editorial positions in Ireland and in the UK, including at RTE, IFTN, NME, and The Irish Post. He is the producer of Sin-é: Jeff Buckley's Irish Odyssey, which won the silver medal at the 2017 IMRO Radio Awards. He holds a BA from University College Dublin; an MA in International Journalism from City University, London; an MA in Creative Digital Media from Dublin Institute of Technology; and a PG Dip in Digital Marketing from the Digital Marketing Institute. He worked as Communications Director with First Fortnight on a voluntary basis from 2010 to 2018. He was also part of the charity’s founding board from 2010 to 2017, before being reappointed in 2019. He currently works as a Senior Content Designer with the HSE and contributes to The Sunday Times.

Ghaleb is a Dublin-based doctor, researcher, healthcare management expert and entrepreneur. Raised in Jordan, he qualified in medicine in London, before completing a healthcare management degree and training in ophthalmology. He has carried out award-winning research on immunological pathways involved in AMD. He holds a diploma in refractive surgery and fellowship in ophthalmology. Passionate about management, innovation and quality improvement, he has taught clinical skills, medical informatics as well as modern healthcare business models in and mentored medical technology teams. In recent years he has led strategy consulting and service redesign efforts for various healthcare organisations and has been active as a hospital accreditation specialist. Ghaleb is also a business owner and member of angel investor networks. He has picked up skills in areas as diverse as digital marketing, corporate governance and podcast production. Having volunteered with MSF, he previously served on the board of Welfare Association for Youth. 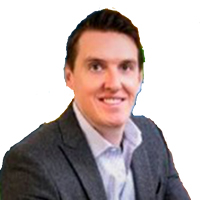 Gavin is a commercial lawyer and is a Senior Associate with Leman Solicitors. Day to day, Gavin advises Irelands’ pillar banks and developers on all areas of commercial real estate with a particular focus on acquisitions and disposals and property financing. A Business and Law graduate of University College Dublin, Gavin also holds a Diploma in Finance Law and a Certificate in Conveyancing and Property Law. Gavin, is a member of the Law Society of Ireland since 2011. 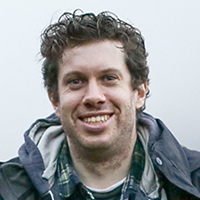 Kieran has a B. Sc in Food Business from University College Cork, and an M.Sc in Multimedia from Dublin City University. He has previously worked as a webmaster and graphic designer for local radio stations, and as a multimedia producer for a digital technology firm. Currently, he works in Aer Lingus, Marketing Department. He also works on photographing live events for Getty Images. Kieran volunteered his services as a photographer in the early years of First Fortnight. He subsequently assisted with the digital and design aspects of the Festival prior to his appointment to the Board 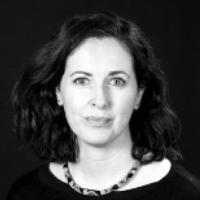 Emma volunteered during the First Fortnight festival in 2016, then joined the resource team, the communications team, and then became a member of the Board. She works in TCD and is currently training to become a Psychotherapist. Emma is on the Board of Directors of First Fortnight's partner organisation, Minding Creative Minds. 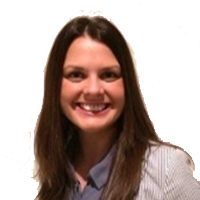 Martha Flynn is a highly skilled projects and strategy consultant, passionate about making a difference in mental health. Martha is an advocate for mental health and eating distress (disorder) recovery and actively promotes hope and belief in recovery via her own lived experience. She has previously worked with clients as a staff Careworker at the Marino Therapy Centre in Dublin. Martha is a qualified yoga teacher, specialising in yoga and mindfulness for kids, teenagers and adults.  She is a Chartered Engineer with the Institution of Engineers of Ireland (IEI) and holds a Bachelor of Mechanical Engineering Degree from UCD. Martha has a decade of projects and strategic planning experience, working both in Ireland and internationally on high complexity and societally impactful projects within the climate, energy and biopharmaceutical manufacturing sectors.

First Fortnight Board Of Conduct remove_red_eye

Board Resolution regarding the Statement of Guiding Principles for Fundraising remove_red_eye

During her seven-year tenure, Edel has been central to the transformation of First Fortnight’s flagship festival into an arts calendar staple

Cookies help us deliver our services. By using our services, you agree to our use of cookies. Learn more